You check your 6 to make sure you lost your tail.  Nothing but shadows follows behind though it’s anyone’s guess if he’s still back there.  Meanwhile, your target continues down the street past two guards before suddenly making a quick side step into an unlit building.  The quick motion appeared suspicious.  Did he notice you were following him?  You skip across the street under the moonlight into the next row of shadows and slip down next to the building.  There’s a candle inside that has just been lit, but the windows are mostly frosted to get a good look.  Deftly you climb up the wall, nearly losing your footing at the moment of carelessness before reaching the roof.  There is a vent that is open, and you peer down to spy on your target as he is talking to someone out of view.  Your grapple lets you drop down into the room, hovering above the two to hear better.  You don’t recognize the other, but it doesn’t matter.  You are here to remove your target.  It will have to be a double kill.

I have seldom had the opportunity to run or play in a solo adventure.  I remember during the 2nd Edition AD&D era there were a series of solo adventures specifically built for the main core classes, most notably for me was for the thief simply called “Thief’s Challenge.”  The series was popular enough to produce a second series for the classes.  Running solo can be a lot of fun on a number of levels.  The player obviously gets more playing time and doesn’t have to wait his turn during combat.  The game is focused on one character, so encounters tend to be more lethal because you have no one to watch your back.  Pick someone who has the ability to heal and you lose the chance to deal out massive combat.  Go the other route and who mends your wounds when you are nearly dead or dying?  It allows for the flow of the game to have less choice in which path to take.  If you’re playing a thief-like character, charging in through the front door as you might do with a group of 4 well balanced players would not be the wisest method.  Solo adventures also open up one class in particular that typically does not play well with others: the assassin. 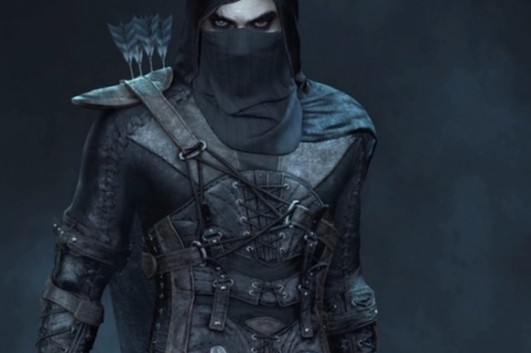 Assassins are really not great team players in most RPGs.  Their special abilities usually deal with quick kills either from more lethal strikes or through the use of poison.  Although it is nice to have a player in the party who can take out an enemy relatively quickly, it becomes a challenge to decide whether to have the assassin go on by himself to try and take out the BBG or have him just kill one or two random henchmen while the rest of the party deals with the villain.  Some core rules give a decent chance for an assassin to kill an enemy in one shot if saving throws are failed.  This gives a better than bad chance that an encounter becomes too easy.  So they tend to not be allowed in games that I run unless I offer a solo adventure.

As a GM, what are some things that you must take into consideration before running a solo game?  First, you need to know the class to be used inside and out.  Unlike a more traditional RPG where you just need to have a good understanding of each class played and let the players know the rest, it is far more important to know everything about the one class.  This is because every situation in the game will revolve around the choices that class has.  The class may not be able to heal or bend bars or cast spells or pick locks or wear heavy armor.  All of these could come up in a situation, and you as a GM should have the scenario revolve around these.  It should not be necessary to mention that a situation such as the need to bend bars should not come up for a thief.  The best kid of adventure, and perhaps your ultimate goal here, is to find a way to utilize every ability for that class.  Their skills go right along with their abilities in that goal as well.  So read languages, use magic device, appraise, and acrobat (I know I’m referring to D&D and Pathfinder, but you get the point), are all things to consider.  You don’t have to come up with situations for every skill they have, just think of unusual ways to present a few of the ones that aren’t used all the time. 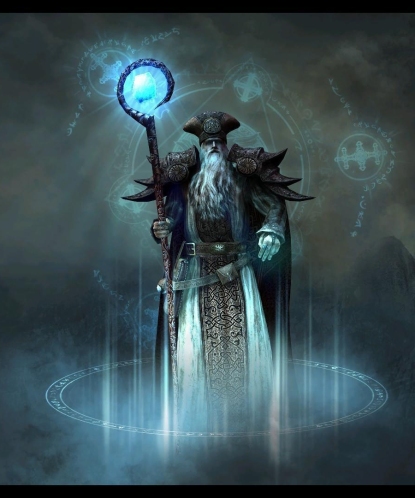 For example, the individual must use disguise to enter an elaborate ball where the duke has arranged to invite numerous distinguished aristocrats, one of whom has recently purchased a lot of forged paintings he wishes to sell.  Appraise will come in handy when the character must quickly identify which of the lot of paintings are fake and which are real.  He must bluff his way past the guard into the vault by mentioning he is a nephew.  The use of escape artist skill will allow him to free himself when he failed his skill check to disable the snare trap in the vault.  And finally his ability to figure out how to use magical devices by holding them in his hand will allow him to use the wand to open the door that is locked on the other side and escape into the night. 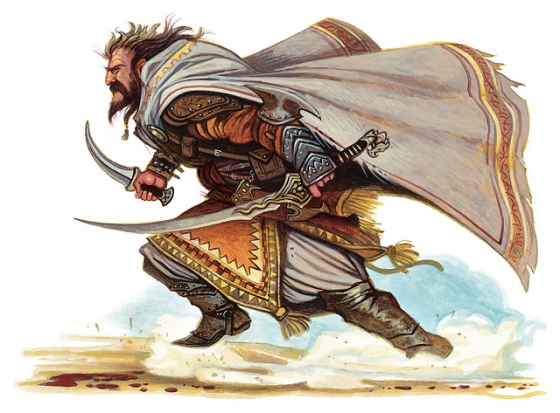 The more challenging solo adventure would be surprisingly a fighter type class because unless they are a specialized class such as a ranger, they might lack in non-combat abilities.  Even if you sit down with someone who wants to be a fighter and just “kill everything,” you two are going to find some challenge keeping things interesting after the 30th combat encounter in a row.  That’s when you watch action movies.

Even movies like Rambo and Predator have a plot and don’t comprise of combat after combat after combat scene.  Rambo offers the element of surprise and stealth.  Predator offers suspense of the unknown.  You can create tension through suspense by having the fighter as the hunted rather than the hunter.  Give a brief encounter with a creature that shows it clearly is more powerful than the fighter, but have the creature retreat during combat for unknown reasons, perhaps to toy with the fighter.  When a creature encounters something that it knows it clearly overpowers it sometimes has a tendency to play with the prey before killing it.

Another situation for a fighter-only class would be the horror genre.  Fear can break down even the heartiest characters, and a GM can put it to the test.  Even though it is a solo adventure, the character need not be alone.  I often will place weak NPCs in the protection of the party to give them more responsibility and force them to be more cautious in their actions.  They can’t charge into a dragon’s lair if they have an 8 year old orphan girl with them.  Three massive giants coming this way?  You better believe the party will try avoiding the confrontation entirely so the girl is less likely to be harmed by a random thrown boulder.  One other option is to start a solo adventure with the character severely wounded.  Give them but a few hit points and force them to go through an area that is dangerous.  Like having a weak NPC in the group, it causes the player to think twice about being too bold on their decisions and gives more challenge to each encounter.

Solo adventures can be a lot of fun on both sides.  One-on-one moments give GMs and players a lot more experience and challenge as they must approach the game a little differently.  It works for good practice for GMs who have gotten lax in their need to find diversity in their stories, too.  Try the simple exercise of creating 4 short, solo adventures for a fighter, thief, cleric, and wizard class and see what you come up with.